It’s finally here – the first trailer for our movie, Will Reading! I am pumped up about it!

We’ve made a ton of progress on the flick; we still have a bit to go, but we’re certainly passed the halfway mark.  The most common question people have about the movie is “How long is it?” and honestly, I have no idea.  Let’s just say between 60 and 90 minutes and leave it at that for now.  I’m just not far enough into the editing to have a guess and really, the footage we create will dictate the length more than anything else; if there’s a scene that doesn’t make sense (or whatever), it’s coming out of the movie.  But, I could easily see a situation where I need to write an additional scene to explain something that is unclear, which would mean more filming and longer run time, so… yeah.  I have no idea how long the movie will be.

That aside, things are going well.  Again, still lots of editing to and more to film, but we’re getting there.

One thing that surprised me about making this movie (so far):
I didn’t think I’d written in that many props, but there are so many props.  I guess every show has a lot of props – you just take it for granted that a character shows up with, say, a pad and pen or something.  But someone has to make sure that you have that stuff and that it’s there on the day you’re shooting and since that someone is me… braaaaaaaaaaaaa!  I do not like managing props!  (At least not at the same time as writing, directing, producing…)

A quick tip:  print out sides!
If you’re making your own movie, handling full scripts is a pain – just print out sides.  (That is, pages of the script you’re filming that day only.)  These are sooooooooooooo handy, convenient… whatever you wanna say.  I know it’s a lot of extra paper and ink and one more thing you need to do, but just do it.  It’s worth it.

Anyway, I hope you enjoyed the trailer!  There’s lots more where that came from!

Check out our Official Facebook page for the movie!  Announcements and all sorts of stuff will be popping up there! 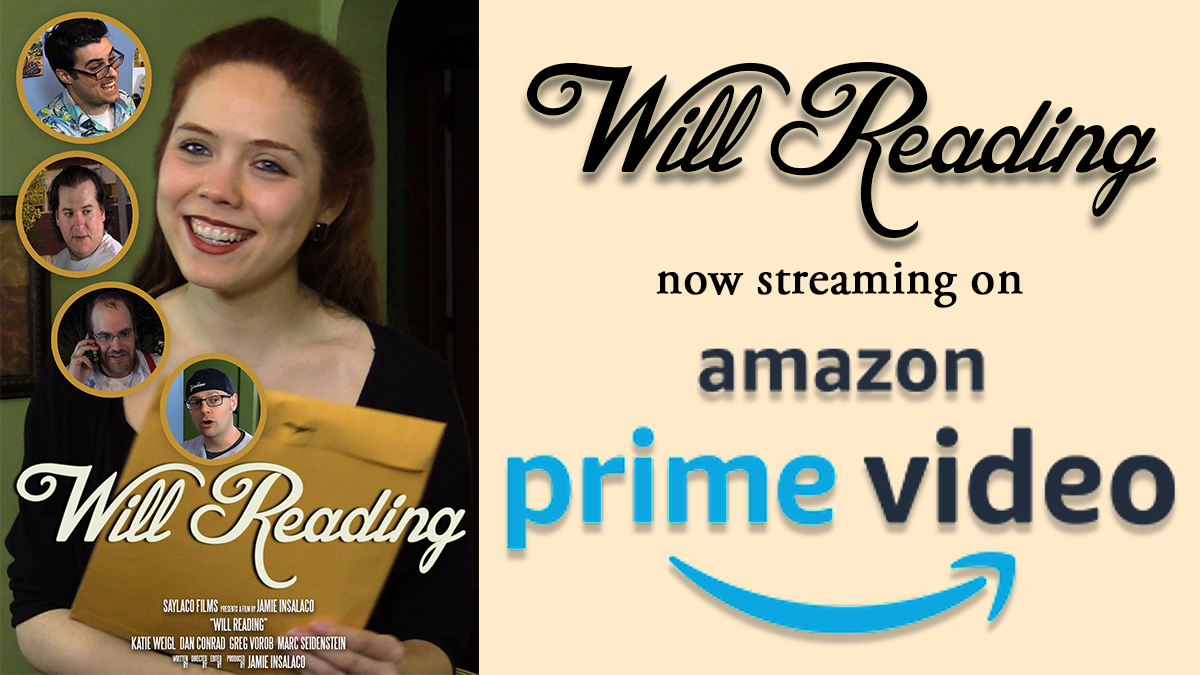