Will Reading – a movie in production by Saylaco Films (update #7)

Props, props, props – they’re the bane of my existence…  at least in conjunction with making this movie, Will Reading.  Sometimes, props are delicious, and when it comes to food props that you expect actors to eat, don’t f@ck around.

I must be a fan of food in general, because this movie sure does seem to have a lot of scenes set in the kitchen and at the dinner table.  In fact, we’ve already shot two nights at the dinner table and we’ve got one more left.   This is scene 11, which takes up a lot of act I… scene 11 breaks down into many parts; scene 11.1, 11.2, 11.3 and eventually wraps around to 11.1A because somebody convinced me to use letters rather than higher numbers… I dunno, the point is the scene is long, but we’re nearly done with sitting at the table, and that shoot will mark the last planned day the entire cast will be shooting.

Anyway, my point about food – if you must have food in your movie (at this point, I don’t recommend it), don’t bother making it yourself; there isn’t time.  (No matter how much prep time you have, trust me; there isn’t time!)  Also, if it doesn’t come out so good, you can blame the professional who made it.  Now when I say “professional,” I’m not saying go out and spend a hundred beans, but if you’re lucky like me and get to have great actors working on your movie for free, do your best to treat ’em right.  It’s easy to get overwhelmed with schedules, one man crewing, shot lists and what not, but do your best to feed your people!

And water – give your actors and crew (if you’re luckier than me and have a crew) water.  As the cast is fond of saying, “Water fixes everything.” 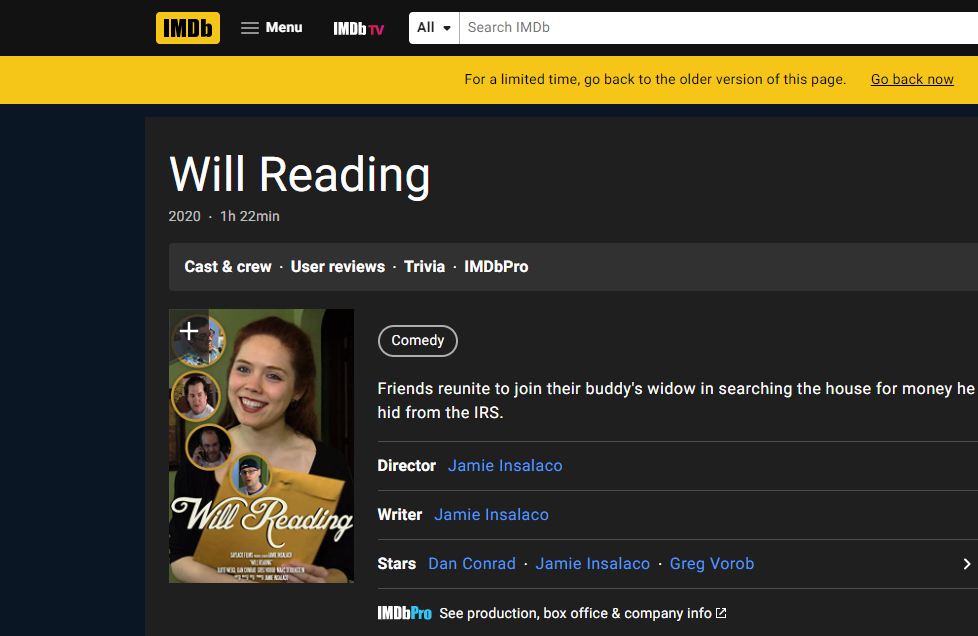